To celebrate British Values, on 8th June 2017, Britain went to the polls for the General Election and so did Waltham School!

Oak and Sycamore classes learned all about the general election and held their own election on polling day. They created School-Parties and devised manifestos, rosettes and mascots which they presented to the whole school.

Both classes visited the local polling station at Waltham Village Hall and spoke to the polling officers to find out, first hand, how the British electorate vote. They saw someone arriving to vote and watched them put their voting paper in the ballot box.

When they returned to school, the library became a polling station and each child voted for their favourite School-Party in a private cubicle before posting their voting paper in the official ballot box, as they had seen at the Village Hall. Older children taught the younger children all about it and showed them what to do. As in the real general election, the results were very close! The children also used the results for learning in Maths and Literacy.

The most popular slogan in a manifesto was ' Live life, be happy'. The most popular promise was 'Create a bigger school so that we can have more friends and more children will get the best education.'

Mrs Hopkins’ favourite promise was 'We will build you a mezzanine in your office, with a bed so that you can have a lie down after working so hard.' 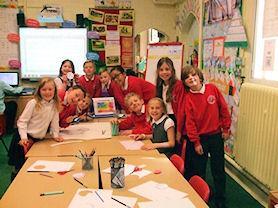 Planning our manifestos together. 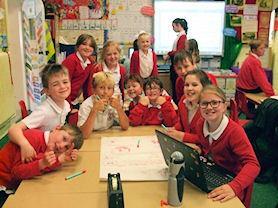 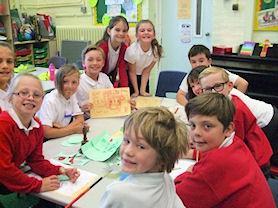 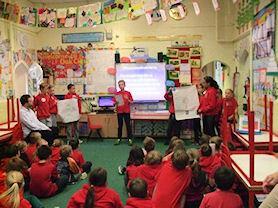 The campaigning was electric! 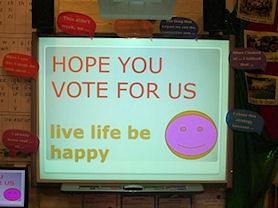 Our library became a polling station. 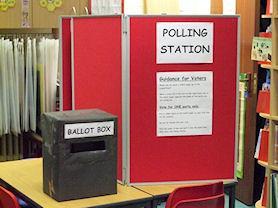 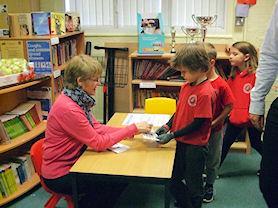 The secret ballot! We were very grown-up about it. 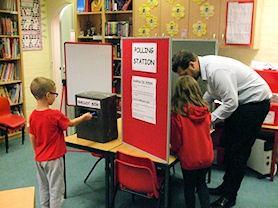